The unfortunate truth is that a stroke can happen to any one of us at any time. The “brain attack” occurs when some sections of your brain fail to receive adequate quantities of blood which ultimately causes the death of brain cells and neurons in the affected regions.

But what potential do nootropics hold in preventing or enhancing the recovery of a stroke sufferer? Keep reading to find out more.

For a long time, the world believed that neurogenesis (i.e. the regrowth of brain cells after stroke) in the adult brain was an impossibility. In the late 90s, however, scientists made a discovery that changed the mental health world.

The narrative changed as well, with a 2002 study appearing in The Journal of Neuroscience indicating that “There are limited areas of the brain where neurons can regenerate” (Source).

Yet another article published by researchers from The University of Queensland Australia identified the neural stem cells as the ones holding the key to neurogenesis – once again confirming that it’s possible to significantly reverse stroke and related effects (source).

Recently, in yet another study appearing in Medical Science Monitor Journal, scientists linked a low concentration of Brain-Derived Neurotrophic Factor (BDNF) to the vast majority of brain development issues in stroke sufferers (source). And indeed, it is the role of BDNF to prevent a further loss of brain cells and also support cognitive function.

Therefore, as far as the debate on the role of nootropics stroke recovery goes, the secret is to load up on BDNF-enhancing supplements. Wait, what are those? In simple terms, these are supplements that boost your brain cells’ ability to regenerate and create new connections!

There are three types of supplements that can come in handy in this recovery process. And here they are…

These are mainly products that boost your BDNF content thereby promoting neurogenesis.

These are noots that prevent neurodegeneration in the first place and also “preserve neurogenesis.”

The good news is that there are nootropics that double up as neuroprotectors and neurogenerators. And as a result, loading up on those supplements may help enhance your chances of recovery and reduce the chances of future stroke attacks.

This is a vital “brain builder” because not only does it provide the energy for brain development but supplies the raw materials as well. Indeed, this supplement is a well-known source of choline.

Yet another benefit of Citicoline is that it increases brain power which is highly important when it comes to regeneration. And, therefore, this nootropic is one of the most effective ones you’d find out there for managing stroke.

This all-natural supplement is reputed for its advanced abilities to boost the BDNF levels in the brain. And on top of that, it can help improve your memory in addition to reducing anxiety and improving focus.

And as this study confirmed, Bacopa is an essential ingredient for building intellect and sharpening the mind (Source). On top of that, the supplement is still being studied for its potential anti-inflammatory effects in the brain.

This supplement is commonly used to treat age-related conditions such as dementia and Alzheimer’s. In the case of stroke, Cerebrolysin can help protect the brain cells and promote the growth of new ones. Further to that, it can help improve brain cell communication and increase glucose uptake by brain cells thereby boosting brain energy.

Please note that Cerebrolysin is a mixture of amino acids collected from the pig brains. It is thought to be a good source of BDNF and the Nerve Growth Factor (NGF). It has, however, not been approved for use in the USA although it is widely used in Asia and Europe (source).

Ashwagandha is a powerful adaptogen which has been used since time immemorial to help in stress management. As far as stroke recovery is concerned, this noot can help in the generation of dendrites and axons.

Most importantly, it can help in the reconstruction of synapses and the restoration of neural networks that might be affected by neurodegenerative conditions. And to top it all up, Ashwagandha is a BNDF-rich supplement which means that it can come in handy in case of chronically low BDNF levels in the brain.

This is an amino acid that is commonly used in mood, anxiety and focus building. In fact, it is believed to have antipsychotic-like benefits which are thought to emerge from its innate ability to boost the production of BDNF which is a crucial element in the development and sustenance of the hippocampus.

One thing you need to know about L-Theanine is that it has a chemical structure that’s almost similar to that of glutamate. And ultimately, glutamates play an important role in the transmission of nerve impulses in the brain.

For that reason, this natural supplement can play an important role in preventing stroke and helping in the post-stroke recovery period.

Commonly referred to as NAC, this is a powerful anti-oxidant that improves memory and lowers anxiety. And although research about its effectiveness is still at its primary stages, the general agreement is that NAC can promote the release of dopamine.

Dopamine is an important neurotransmitter which plays a pivotal in the motor and learning abilities of a person. Some scientists simply refer to it as a sensorimotor booster.

And indeed, studies done of animal subjects so far have suggested that the stimulation of dopamine receptors can go a long way in promoting motor recovery after one suffers from stroke (source).

Also known as “Yamabushitake” this is a large, whitish mushroom that looks almost like a lion’s mane. It is commonly found in some Asian countries among them Korea, Japan, and China. The mushroom can be enjoyed either raw or cooked – it can even be steeped to prepare tea.

Studies have shown that this weird looking mushroom contains two compounds that can help boost the growth of brain cells. These are erinacines and hericenones (source).

Those two components found in Lion’s mane are thought to be some of the most powerful NGF inducers. On top of that, the two are able to easily cross the blood-brain barrier while stimulating the production of new neurons in the brain.

To this end, Lion’s mane stands out as one of the best nootropics for stroke recovery. But even with that said, more studies need to be done on human subjects to confirm the efficacy of this approach and its long-term effects.

One thing that should always come to your mind when you hear about the Maritime Pine Bark extract is Pycnogenol (PYC). Indeed, this extract contains anything between 65% and 75% of Pycnogenol. 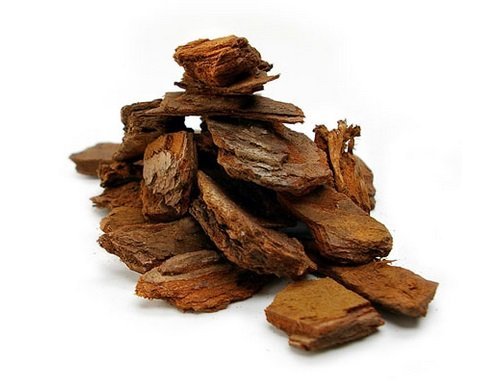 Basically, this is the main ingredient that’s required to boost the flow of blood within your brain. Indeed, scientists have previously evaluated the effectiveness of PYC in the management of post-injury recovery and found it to have significant effects especially in reducing oxidative stress.

In one particular study, scientists made the confirmation that PYC treatment significantly reduced the loss of crucial pre and postsynaptic proteins.” As such this nootropic holds great promise as a potential therapeutic intervention in the management of head trauma.

Also known as PS, this is a fat-soluble amino acid that’s believed to support cognitive function. In fact, PS is one among the very few nootropics that the FDA has expressly approved for the management of cognitive dysfunction and dementia.

What’s more? A study confirmed that PS is a crucial component involved in the formation of the brain neuronal membrane.

The natural levels of this crucial phospholipids tend to reduce as one ages or in case of a stroke. And, therefore, by taking a PS-rich supplement, it is possible to improve one’s cognitive function over time.

Further, in young males, PS has been shown to improve the ability to deal with stress. In children, this supplement was shown to help in the management of hyperactivity disorders such as ADHD (source).

Turmeric contains an active ingredient simply known as Curcumin. And indeed, in a study done in the course of 8 weeks involve adult human beings, this active ingredient was shown to improve and even restore BDNF levels (source).

However, the study confirmed that so far, Turmeric can only be used for therapeutic roles. That’s to say that it should not be mistaken for a full treatment of stroke. It, however, can be relied upon to help promote long-term recovery and promote any other measures the doctor might recommend.

It’s only recently that the possibility of adult neurogenesis started to be taken seriously. And since then, many groundbreaking findings have surfaced. As that has happened, the number of nootropics that can be used for managing stroke recovery has also risen.

But as we have seen in the write-up above, it’s only a handful of those supplements that can be trusted to get the job done. And even then, such supplements need to be used for therapeutic reasons and a doctor’s advice should be sought anytime there are doubts. 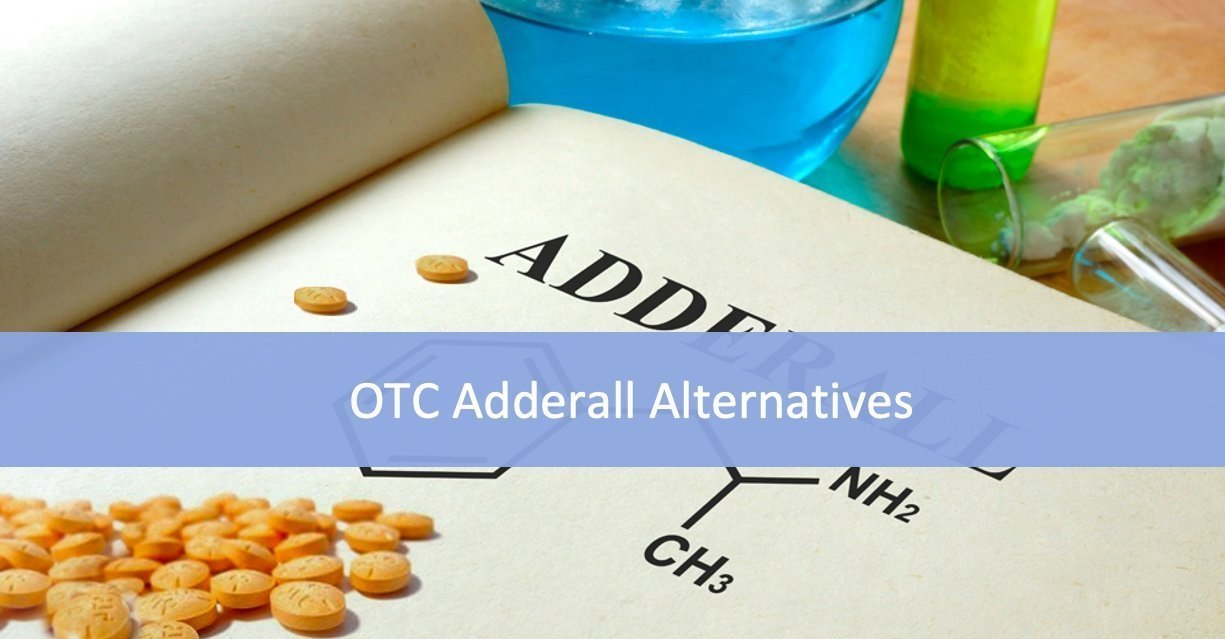